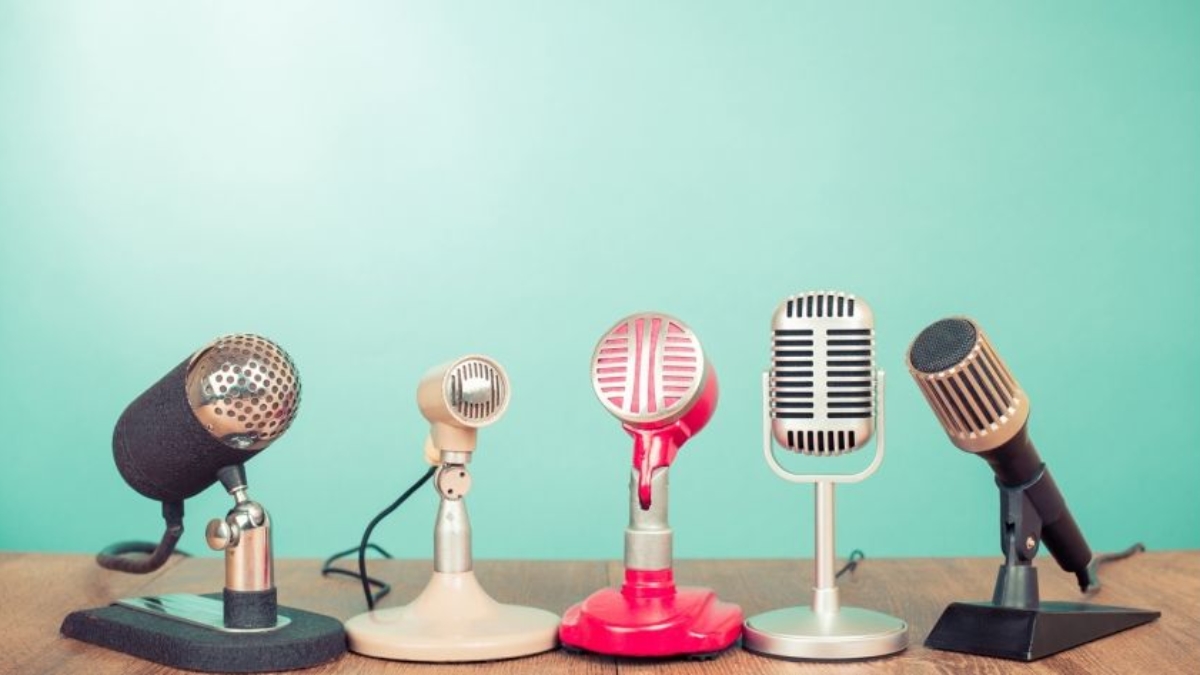 Hope everyone is enjoying their summer!

As Immediate Past President, one of my duties is to chair the Nominating Committee. I take this very seriously as a   part of serving on your Board. Serving on the Board has been a great honor of mine for many years, and as new Members join we want to show them how the process takes place. As you all know we hold our elections at our Annual Convention in November. I will take this opportunity to encourage everyone who is qualified to run for the vacant positions. We are looking to nominate and elect three Board Members and all Officers which include, President, President Elect, Vice President, and Secretary/Treasury. Please respect each office by choosing the best Candidates. These people will be serving on your behalf. If you cannot help with being an Officer or Director, please consider serving on a committee. We can use everyone’s help to maintain the strong integrity of our Association. 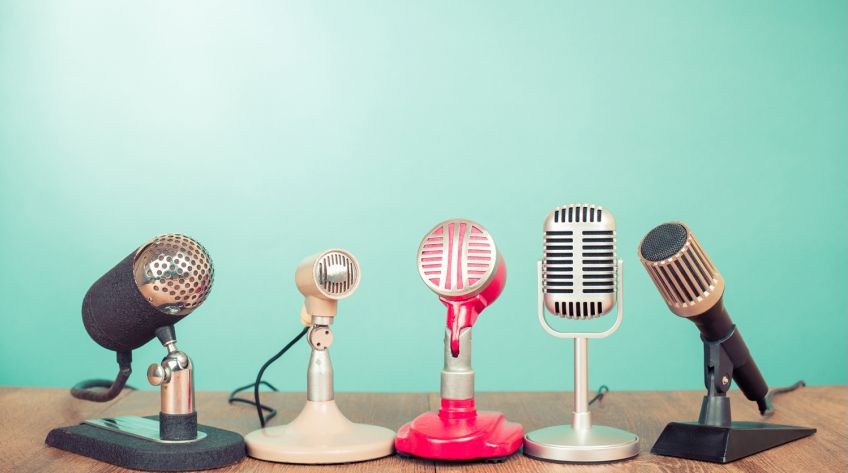 The Annual Convention will take place on November 8, 9, and 10th at the Holiday Inn in Titusville. After we have our schedule completed you will notice we have set aside time for interviews. Please schedule a time to be interviewed for all the positions mentioned above.

Below you will see the qualifications and duties for each position. The following list was taken from the Florida Auctioneers Association by-laws. Again, I encourage anyone who meets the guidelines, please schedule your interview for the Convention.

Thanks, everyone See You in Titusville.

Nominations for Officers and to the Board of Directors shall be made by a nominating committee appointed by the President at least ninety days prior to the Annual Meeting. The Nominating Committee shall be composed of at least five (5) members: one Past President and four additional members, who are in good standing, who shall select at least one name for each expiration to be voted on. In addition, the presiding officer at the Annual Meeting must call for nominations from the floor. The nominating committee shall conduct interviews, at the Annual Convention, with qualified Members who wish to be considered for election to office. These interviews shall be conducted the first day of the convention and at other times deemed necessary.

Each qualified voting member shall be entitled to cast one vote for each Officer and Director to be elected. To be elected to any office or as a Director, one must receive at least fifty percent (50%) plus one of the votes cast on the first ballot. In the event no such majority is achieved, a run-off will be declared between the two candidates receiving the most votes on the first ballot. Voting shall be by secret ballot. When there is only one nomination to fill a Director or Officer position, vote may be taken by a show of hands or acclamation. Ballots shall be tabulated by three (3) members appointed by the presiding President.

ARTICLE IX – BOARD OF DIRECTORS

SECTION 2 – DUTIES OF THE BOARD

The Board shall perform such duties as may be specifically imposed on it by these By-Laws and as may from time to time be necessary to carry out the spirit and intent of the objectives of the Association. It shall receive reports from the President and committees appointed by him and take such action respecting such reports as necessary or desirable.

The Board of Director shall have the control and general management of the affairs and business of the Association, not inconsistent with these By-laws and the State of Florida.

Three (3) Directors shall be elected each year to serve a two (2) year term to fill vacancies from term expirations.

Vacancies on the Board of Directors may be filled for the unexpired term by appointment by a majority of the remaining Directors.

The Board of Directors shall meet immediately following the Annual Meeting and at such times as they shall then determine. Notice to Director shall be required for regular meetings established by said Board of Directors.

Any meeting of the Board of Directors may be held without notice by a written waiver of such notice signed by every person entitled to such notice.

At any regular or special meeting of the Board of Directors, six (6) Directors shall constitute a quorum for the transaction of business.

Each Office shall take office immediately following his election and shall serve for a term of one year or until their successor is duly elected and installed.

None of the Officers of the Association shall receive remuneration for their services unless approved by the Board of Directors.

SECTION 5 – DUTIES OF THE PRESIDENT

SECTION 6 – DUTIES OF THE PRESIDENT-ELECT

The President-Elect may be delegated by the President to perform his/her duties, in the event of his/her temporary disability or absence from meetings, and shall  have such other duties as the President or the Board of Directors may assign He/She shall automatically serve as Chairperson of the Membership Committee and of the Annual Membership Meeting.

SECTION 7 – DUTIES OF THE VICE PRESIDENT

During the absence and/or inability of the President and President-Elect, the Vice President shall perform and exercise the duties of the President. He/She shall automatically serve as Chairperson of the Semi-Annual membership Meeting.

SECTION 8 – DUTIES OF THE SECRETARY/TREASURER

The Secretary/treasury may receive compensation as determined by the Board of Directors.

The President, subject to the approval of the Board of Directors, shall appoint the following Standing Committees, the members of which shall serve for one year, or until their successors are appointed and qualified.

The President, with the approval of the Board of Directors, may appoint such other committees as He/She deems advisable. The President shall be an ex-officio member of all committees.

Upon receipt of a written complaint alleging that a person or any Auctioneer licensed by the Florida Board of Auctioneers or any unlicensed person who conducts Auction business in the State of Florida has violated the Code of Ethics, By-Laws or Articles of Incorporation of the Association or Florida Statues or Code of Regulations relating to the Auction profession, the Secretary/Treasurer shall forward a copy of such written complaint to the accused person and request that the accused person forward a response in writing to such charges. The complaint and written response, if any, shall be forwarded by the Secretary/Treasurer to the grievance Committee which shall review said complaint and the response. The Grievance Committee shall thereafter make a written report to the Board of Directors concerning said complaint including a recommendation to the Board of Directors stating whether there is a reason to believe such person has engaged in conduct in violation of the Code of Ethics, Articles of Incorporation or By-laws. The Board of Directors shall therefore review the complaint, response and recommendation of the Grievance Committee and, if the Board of Directors determines that there is no reason to believe that a violation of the Code of Ethics, Articles of Incorporation or By-Laws has taken place, then said complaint shall forthwith be dismissed without hearing. If the Board of Directors determine that there is reason to believe that a violation has taken place, the Board of Directors shall set such matter for hearing and invite the accused person, who may be represented by counsel, to attend such hearing.

In the conduct of the hearing, the parties may introduce such documentary evidence and present such testimony of witnesses, sworn by the President, as the Board of Directors shall reasonably deem relevant to the issues and both sides of the controversy shall be accorded a full opportunity to be heard. At the conclusion of the hearing the Board of Directors, as soon as it is practicably possible, but no later than two (2) weeks thereafter, shall consider the evidence and render a written opinion and decision, the Board of Directors may find the charges unfounded or may direct the reprimand, suspension or expulsion of any person found to be engaged in unethical conduct or violation of the Code of Ethics, Articles of Incorporation or By-Laws.