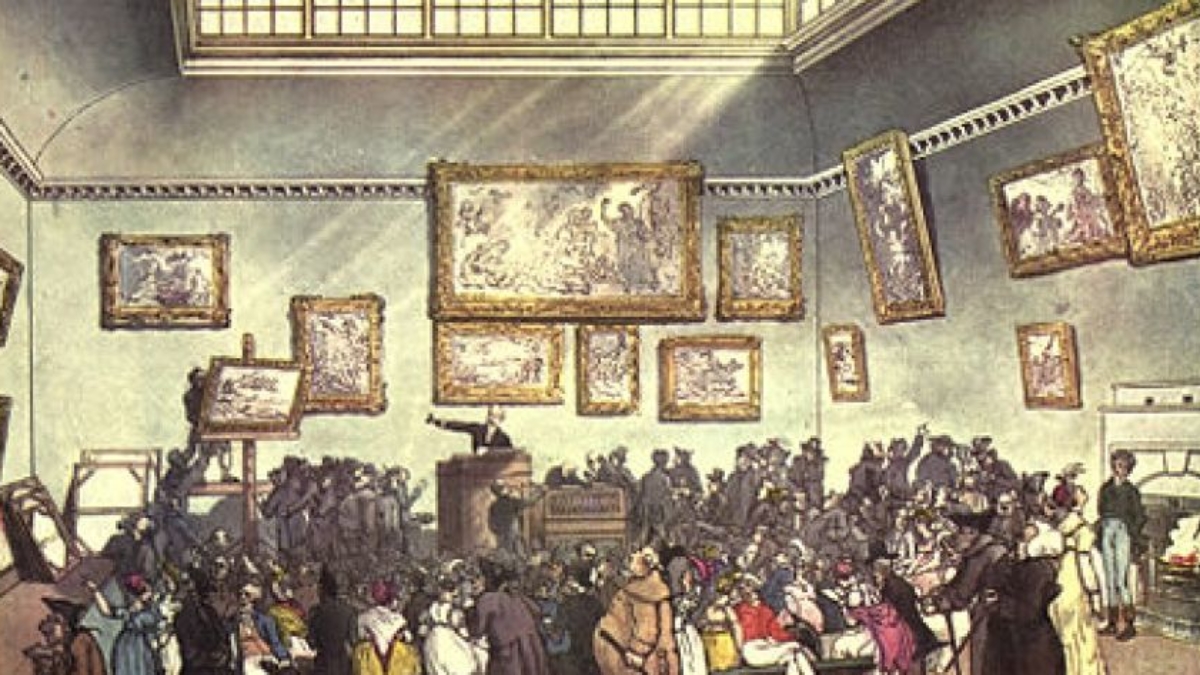 This is a trail of not only of Florida Auctioneer History, but going back as far as 500 B.C. Auctioneering has always been a memorizing spectacle with the age old question of how do Auctioneers talk that fast. Well going back to the first auctions, it may not have been talk at all. But maybe other ritualistic methods of determining who would bid the highs amount. Who would pay the most when a candle became unlit and went out into the night or when crowds began to gather and the live outcry for who would pay the most of  prized possession is now becoming who can out bid who electronically. We invite you to the next Auctioneer Conference for talk about the history of the auctioneer in Florida, in the meanwhile lets take a look at what happen in the early days of history into the 21st century.

The First Auctions prior to auctions in America

Records handed down from ancient Greek scribes document auctions occurring as far back as 500 B.C. At that time, women were auctioned off as wives. And, in fact, it was considered illegal to allow a daughter to be “sold” outside the auction method.

A “descending” method was used for these auctions, starting with a high price and going lower until the first person to bid was the purchaser, as long as the minimum price set by the seller was met. The buyer could get a return of money if he and his new spouse did not get along well, but unlike a horse, maidens could not be “tried” before auction.

Women with special beauty were subject to the most vigorous bidding and the prices paid were high. Owners of the less attractive women had to add dowries or other monetary offers in order to make the sale. 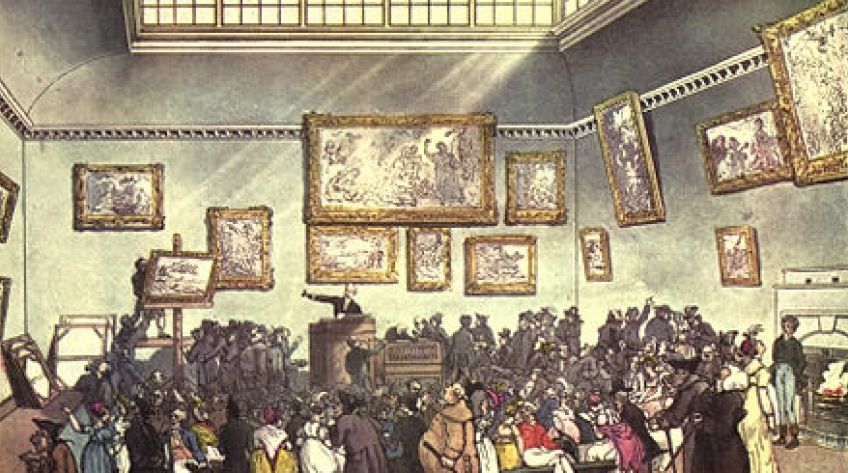 In Rome, Italy, around the time of Christ, auctions were popular for family estates and to sell war plunder. Roman Emperor and philosopher Marcus Aurelius sold family furniture at auctions, for months, to satisfy debts.

Roman soldiers sold war plunder at auction. The licensed auctioneer, called “Magister Auctionarium,” drove a spear into the ground to start the auction. Today we use an auction gavel.

American auctions date back to the Pilgrims’ arrival on America’s Eastern Shores in the 1600s and continued in popularity during colonization with the sale of crops, imports, clapboard, livestock, tools, tobacco, slaves and even entire farms. Selling at auction was the fastest and most efficient means to convert assets into cash.

Fur was especially big during this time. In his book, “Going, Going, Gone!,” Bellamy Partridge says “the Bible and the beaver were the mainstays of the Pilgrims, the Good Book saving their souls and the beaver paying their bills.”

Initially, the furs were collected from Native Americans in the fall and winter, utilizing the “private treaty” method of exchange for “wampum” (the Native American word which meant money). The raw pelts (or hides) were transported to the closest shipping port. In the spring of each year, the auction method was used to sell the raw peltries to the European merchants who arranged the transcontinental voyage to the Old World. Once the ships returned to the port in Europe, the peltries were auctioned to manufacturers, who would process them for the retail market. The early fur trade was chiefly responsible for the settlement and development of North America.

Have you ever heard an auctioneer referred to as “Colonel?” It’s a fairly common practice, especially at auction schools across the country. This came about during the Civil War era, a time when auctions were beginning to flourish.

History has it that the art of auctioneering was a common practice for Civil War Colonels who regularly auctioned off the spoils of war and surplus. However, only officers of the Colonel rank could conduct them, spawning the use of the term “Colonel” by many auctioneers still today.

A short historical narrative from one of the top auction schools details this process: “As the Civil War progressed, many troop battalions made a practice of seizing property of land owners and merchants as they marched. Contraband would be collected and carried to a favorable area, then the Colonel or commanding officer would sell the goods at public sale. Even after the Civil War, military Colonels traveled to sell surplus goods and seized goods. Auctioneers followed some of the same trails and dressed similar to army Colonels to such an extent that the public began to recognize auctioneers as ‘Colonel.’

Other Names for Auctioneers

Colonel is only one name that auctioneers have been identified with over the years. Other names include “Knights of the Hammer,” and “Brothers”.” The tools of these auctioneers included the Colonel style hat, a cane, bell, hammer or gavel, and a red flag. The flag, often boasting advertising, was placed above where the auctioneer would sell on the day of the auction.

Many auction schools started in the early 1900s in America. The Jones’ National School of Auctioneering and Oratory was believed to be the first. It was started by auctioneer Carey M. Jones in Davenport, Iowa. For the first term, the school promoted “competent instructors teaching general merchandise, real estate and fine stock auctioneering.” However, many auctioneers at that time did not believe an auctioneer could be “trained.” They believed that auctioneering was a natural ability that you were born with.

Though finding goods to sell was not a problem in those days, auctioneers faced other challenges. There was no amplification system for their voices – no microphones as we know them today. So they had trouble both being heard, and keeping their voices intact.

Because travel was more difficult, and was mostly by horse and wagon, auctioneers enticed crowds by routinely offering lunch to those who came to the sale. Weather often dictated the time the auction started, as all were held outdoors.

The growth of the auction industry remained until the Great Depression of 1929. Some auctioneers traveled the country to liquidate the estates of farmers whose farms had failed because of drought and bank foreclosures. The decline of the auction method of marketing followed the poor economic climate and did not rebound until after World War II.

Auctioneering began to make great strides after World War II. The sale of goods and real estate was booming. There was a need in certain cases to move real estate and personal property faster than the private market would allow. Thus, the modern day auction business was born. Auctioneers were now businessmen who dressed in suits and ties. They began to nurture the business and raise the reputation of auctioneers. Besides the public, auctioneers began to have links to banks, attorneys, accountants, the court system and government agencies.

During the 1990s, technology was finding its way into the auction business. Auctioneers were using computers, fax machines, cell phones and other technology to make their businesses run faster and more smoothly. Some auctioneers began taking photographs of small auction items and projecting them onto big screens so the crowds could get a closer look at the merchandise.

Auctions burst into cyberspace in the middle of the decade. The ever flourishing eBay was launched in 1995 and would go on to become an “online leader” in the bidding business.

Many auctioneers today offer both live and online auctions to meet the needs of customers near and far. Technology allows buyers to participate in the sale without even being there.

The Future of Auctioneering

Over the years auctioneering has progressed and changed, and today it remains more popular than ever. Most everything thinkable has been sold by the auction method of marketing: antiques, household items, automobiles, land, livestock, homes, designer dresses, business equipment, and more. And thanks to professional organizations like the National Auctioneers Association, auctioneers are privy to countless educational opportunities that help them to keep up on the latest technology and learn new business traits. They network with other auctioneers to exchange ideas and to find ways to continue to meet the growing needs of the American public.

Auctioneers today are working to earn specialty designations such as Graduate Personal Property Appraiser (GPPA) , Accredited Auctioneer Real Estate (AARE), Certified Auctioneers Institute (CAI) and Certified Estate Specialist (CES). NAA auctioneers are also bound by a code of ethics that protects consumers against fraud and unfair business practices. Many Auctioneers are selling more and more property online and the internet bidding epidemic is in full swing in Florida and around the states.

This bit of history is sponsored by: